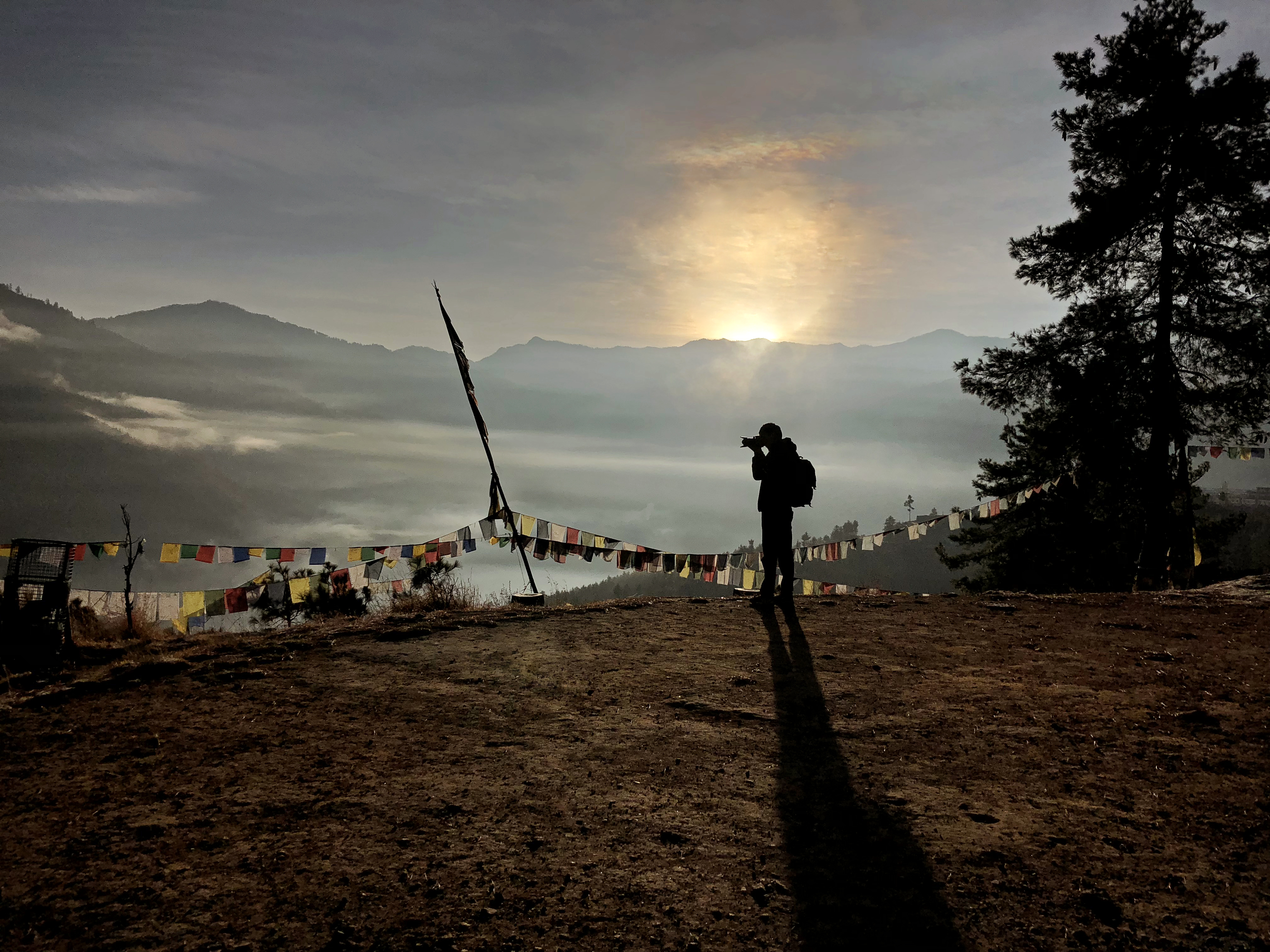 Wish You Were Here: Thimphu

The tiny Kingdom of Bhutan is veiled in mystery.  Owing to strict tourism policies that regulate the number of visitors, the Bhutanese government has successfully safeguarded the country from the mass tourism that has afflicted many of its Asian neighbours, making it one of the world’s least-traveled countries, and thus, one of the world’s most mysterious and enigmatic.  I have traveled to Bhutan on seven occasions over the past decade, and one of the greatest pleasures of returning so many times is that I have been able to form deep and lasting friendships with people who live there.  A couple of years ago I met Bhutanese photographer and filmmaker Kencho Wangdi, and since then he has accompanied and assisted me on a photography workshop and a commercial photo shoot as well as joined my father and brother and me on a motorcycle adventure across his Himalayan home nation.  Using my iPhone, I made this photograph of Kencho, silhouetted by the sunrise and framed by the prayer flags at Thimphu’s Kuensel Phodrang Nature Park, as we were shooting together early one morning.

Browse more of my iPhone photography from Bhutan on my Instagram @scottawoodward. 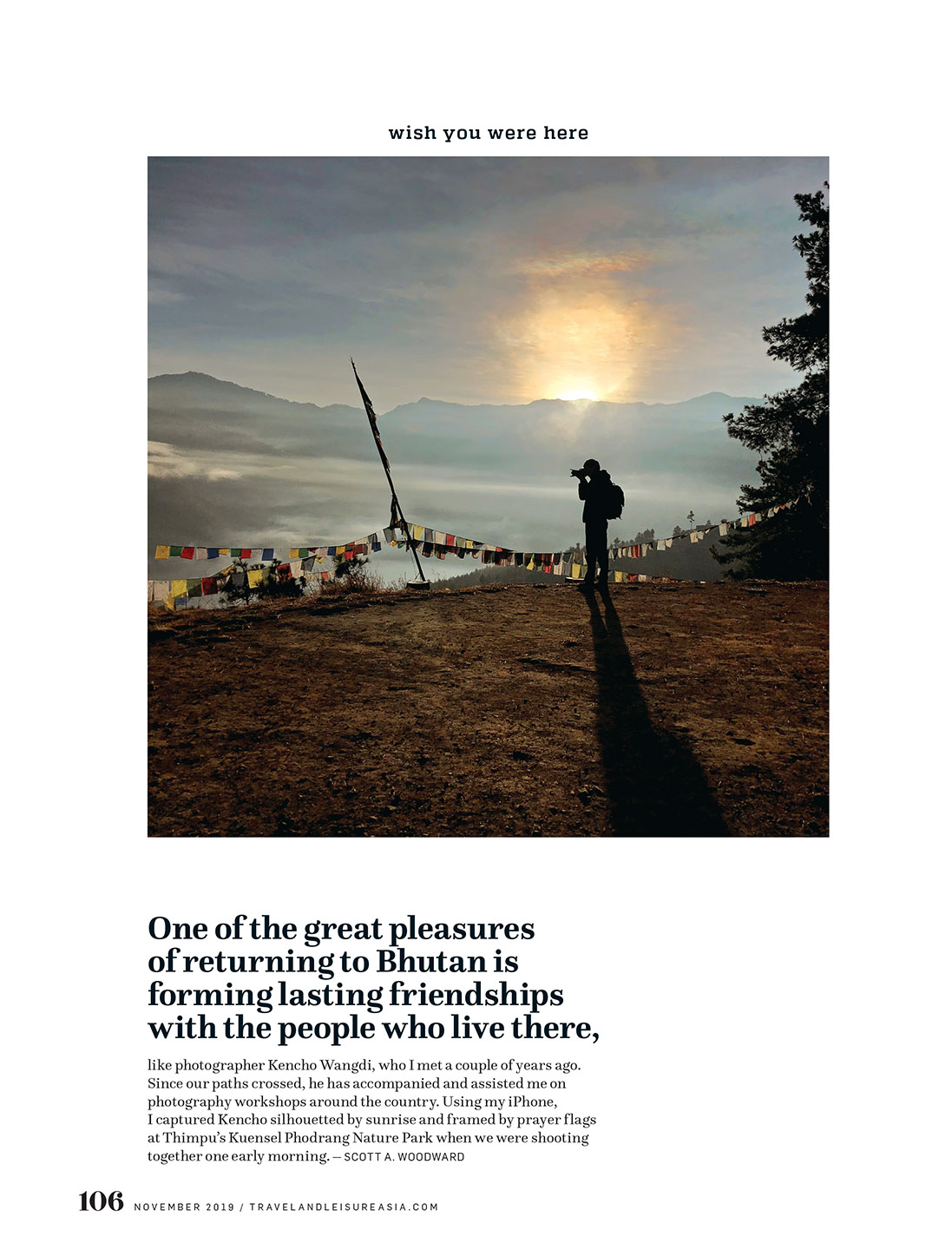