Wish You Were Here: Turkey

Famously straddling Europe and Asia, Istanbul is a swarming megacity of 15 million souls at the crossroads of east and west.  Churning cobbled lanes edged with cafés and shops empty into buzzing community squares along the shore where the Bosphorus Strait flows into the Sea of Marmara.  Calls to prayer float in the air competing with a cacophony of howling sirens and bleating car horns while sweet hookah smoke mingles with fresh baked simit and apple tea in distinctive neighbourhoods that unfurl across Turkey’s cultural and commercial capital.  In a metropolis of little repreive, the domed mosques with towering minarets that speckle the city skyline offer refuge from the fray.  Dominating Istanbul’s Golden Horn, Süleymaniye Mosque is the city’s second-largest mosque and one of the city’s most popular sights. Commissioned by Suleiman the Magnificent, longest-reigning Sultan of the Ottoman Empire, and designed by celebrated and gifted imperial architect Mimar Sinan, Süleymaniye Mosque was completed in 1557.  Its grand inner courtyard is spectacular, surrounded by a colonnade and arched porticos, offering respite and tranquility from the world beyond it gates.

Browse more of my iPhone photography from Turkey on my Instagram @scottawoodward. 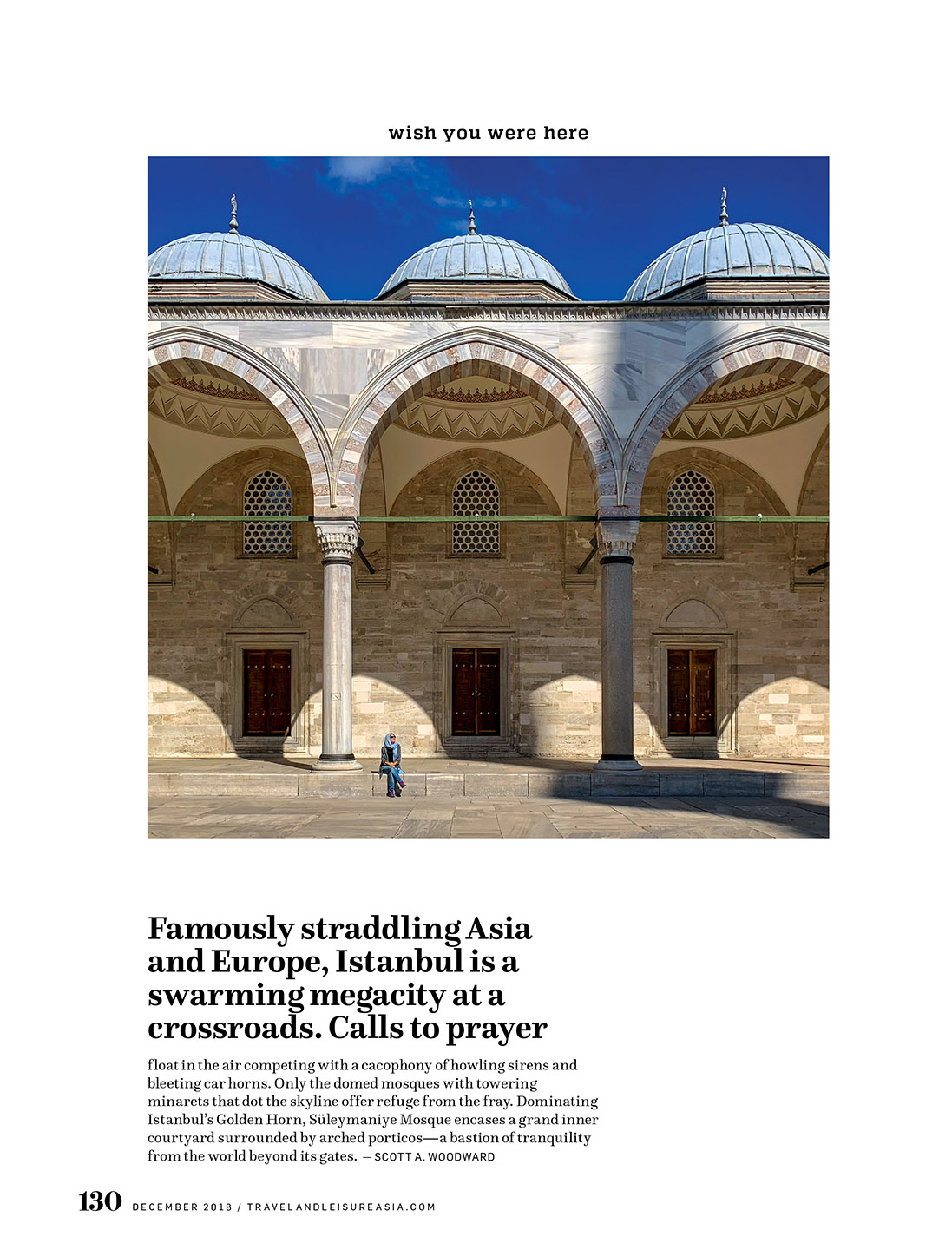