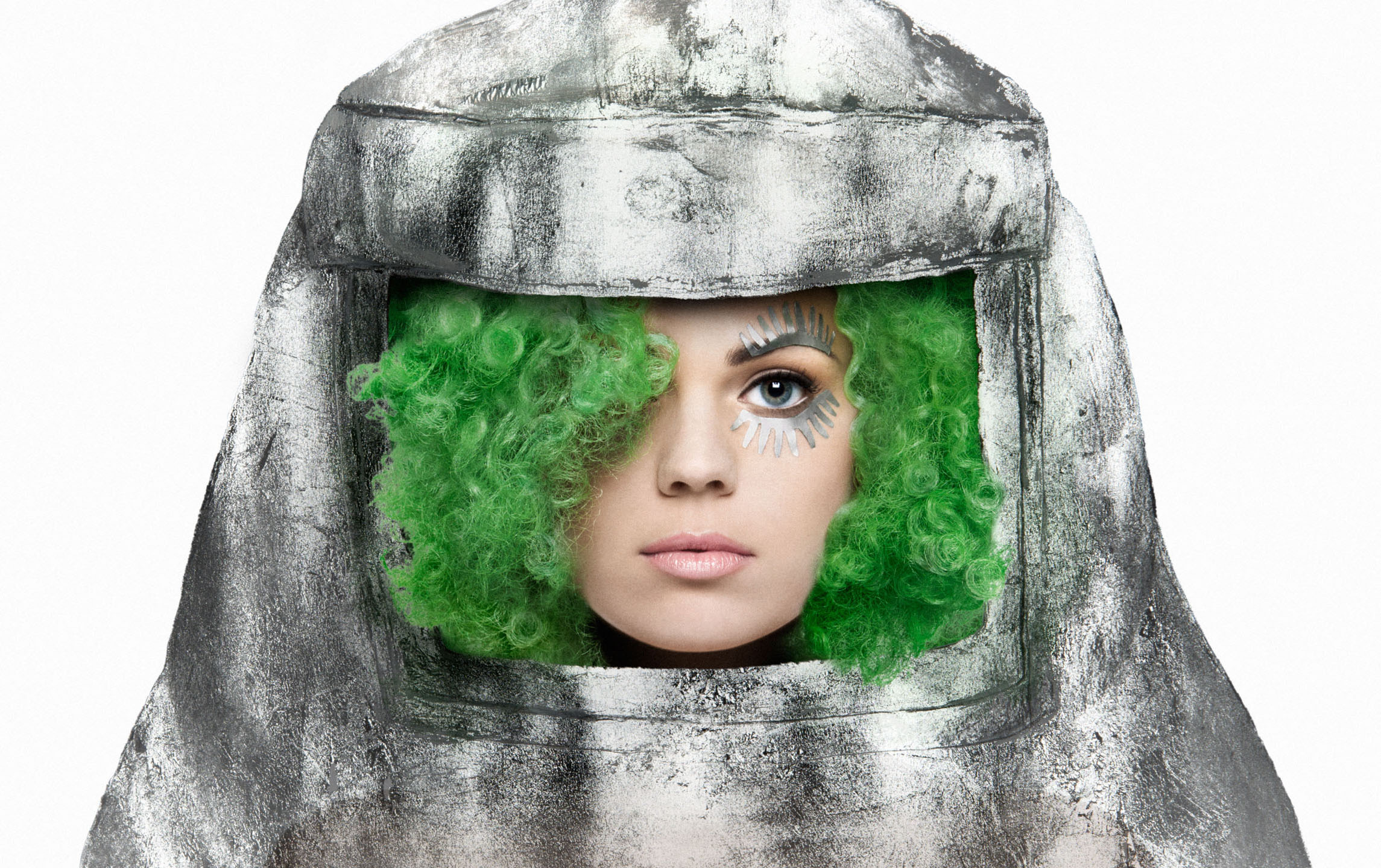 Last year, upon my return to Singapore following my annual summer holiday in Canada, I was restless. It had been awhile since I had worked on a truly creative project and I was feeling rather uninspired. I had a coffee and shared my feelings with my friend and frequent collaborator, hair and make-up artist Andrea Claire. Andrea was feeling similarly stale, so we decided that we should make something creative together. We spent an hour or two bouncing ideas around, but nothing seemed to stick in the coffee shop that August afternoon.

One of the main roadblocks that we kept running into while brainstorming was our lack of wardrobe; clearly any fashion-inspired shoot would require a collection of amazing designer clothing (which is easy to obtain for editorial or commercial shoots, but decidedly more difficult to source when shooting personal work). Discouraged, Andrea and I parted company, but promised to keep the wheels turning and the lines of communication open.

Later that night, with the house quiet, I sat on my sofa and wandered the Internet hoping that inspiration would strike. During my online meanderings, I stumbled upon Rankin’s ‘From Sketch To Store’ campaign for French Connection UK. Here the models were photographed nude and their clothes illustrated using pencil sketches.

I thought a similar concept could solve our wardrobe problem.

Encouraged, I thought, Why not reach out to my friend and previous creative partner, artist Ally Low, to see if she’d be interested in joining our small team and working together with us on a mixed media collaboration that would merge my photography with her artwork?

But first I needed to refine my concept.

As I sat there in the darkness, an idea was born: What if I looked to the masters of fashion photography for inspiration?  Take a selection of the world’s most important, influential and provocative artists and pay tribute to them by recreating a selection of their work using a mixture of my photography and Ally’s fine art?

Building on Rankin’s FCUK theme, I decided that I would shoot the models nude and then have Ally illustrate the clothing that we could composite onto their bodies in post-production. This way we could have the models “wear” anything we wanted, without any wardrobe constraints.

I dove headfirst down the Google Images rabbit hole, choosing a single image that resonated with me from each of my fashion photography icons: Steven Meisel, David Bailey, Richard Avedon, Ellen Von Unwerth, Mario Testino and Helmut Newton.

The next day I contacted Andrea and Ally, as well as my producer, Annette Fausboll.  They were all on board, and so our small production began…

I started casting models for the six different roles, and I reached out to a couple of my digital imaging artist friends to help with the detailed and time-consuming task of compositing and retouching.

Then I got another idea: Why not see if my long-time creative partner, director and DoP Mike Rogers, would be interested in making a behind-the-scenes film? Mike agreed, but we needed some music to accompany his short video.

Not a problem: I contacted musician Tara Mackey in Los Angeles.  We met on Instagram and have developed an online friendship over the past three or four years.  Tara sent me a few songs that she was working on and we settled on a haunting track called “The End” to act as our film soundtrack.

A shoot date was set, and we decided to work at my assistant Zam’s new studio, Stills Network, here in Singapore.  The whole team came together this past September; the shoot was great, and we all had a fantastic day working together.

Little did we know, though, that this is when the hard work would *really* start…

Ally worked tirelessly for months on the illustrations.  We had to go back into the studio to reshoot the blue hair for the Meisel homage.  And the retouching — which was expertly managed by two extremely talented digital artists in both Singapore and Melbourne — turned out to be more complicated than we had imagined.  But here we are, more than four months and hundreds of volunteer hours later, with our creative collaboration finished and ICONS, our tribute to the fashion photography masters, finally complete.

I feel so fortunate to be part of an artistic community of such diversity, vision, talent and dedication.  It’s amazing what can be accomplished with a little help from your friends.

Watch short behind the scenes vignettes for each model/photograph.

I was honoured by Luerzer’s Archive as one of the “200 Best Advertising Photographers Worldwide” (2016/17) for this body of work.