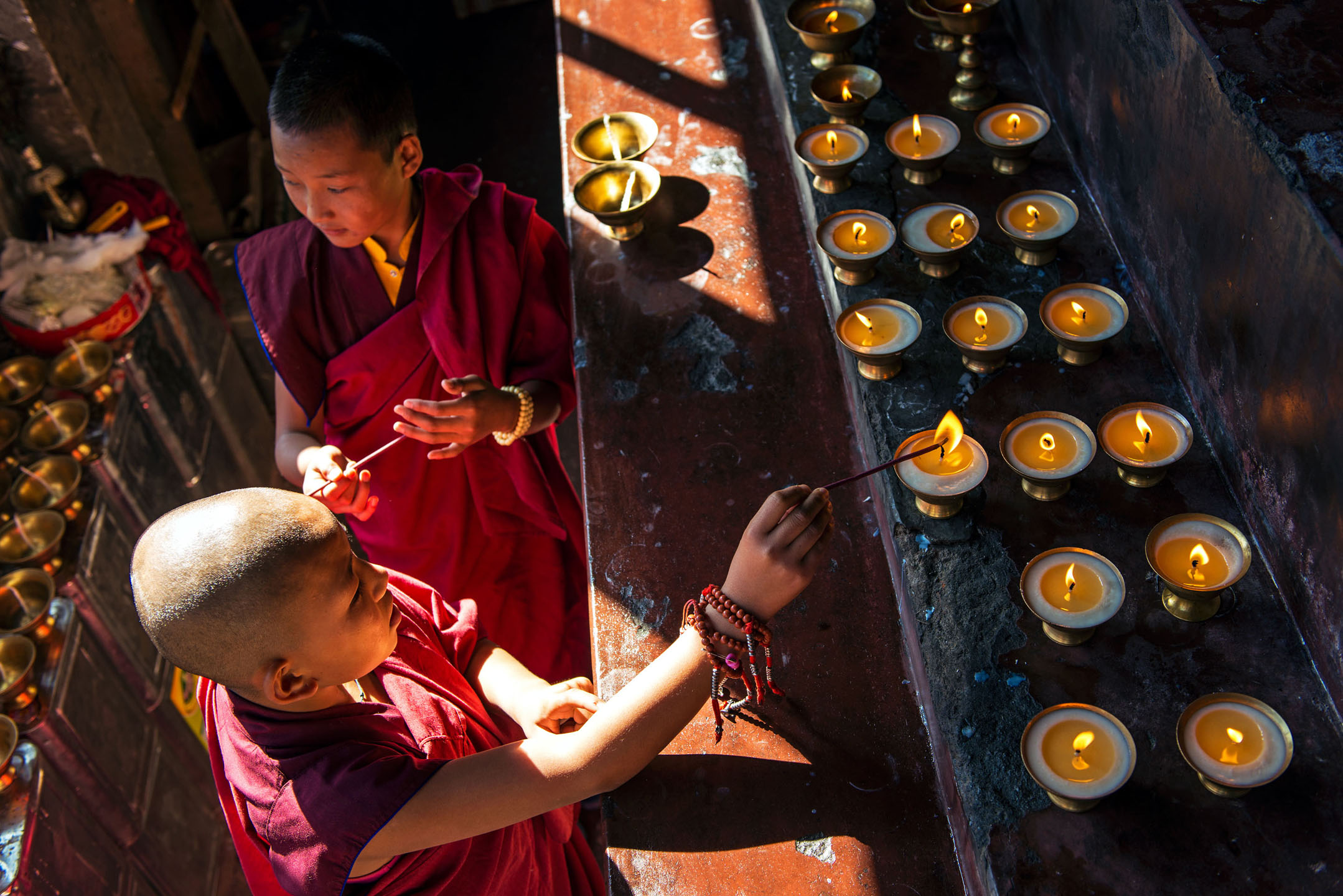 Wish You Were Here: Bhutan

There is no other place on earth quite like enigmatic Bhutan. Cradled deep in the creases of the soaring Himalayas, the country is a spectacular mixture of stunning, rugged countryside, centuries-old architecture, vibrant and colorful culture, and friendly, welcoming people.

Bhutan’s natural light is soft and golden, and the prayer-flag-strewn, snowcapped-mountain vistas are beyond breathtaking. Friendly locals in traditional Bhutanese garb fill bustling city markets, while smiling monks and nuns in flowing maroon robes occupy the ancient monasteries and nunneries that dot the rugged landscape.

This photograph was taken at Thangthong Dewachen Nunnery in Zilukha, just outside of Thimphu. Popularly known as Anim Dratshang and built in 1976, the lone Buddhist nunnery in Bhutan’s capital city is home to approximately 60 nuns. Here, in the candle house, two young novices light the yak-butter lamps they prepared earlier that morning.

Browse more of my photography from Bhutan on my website. 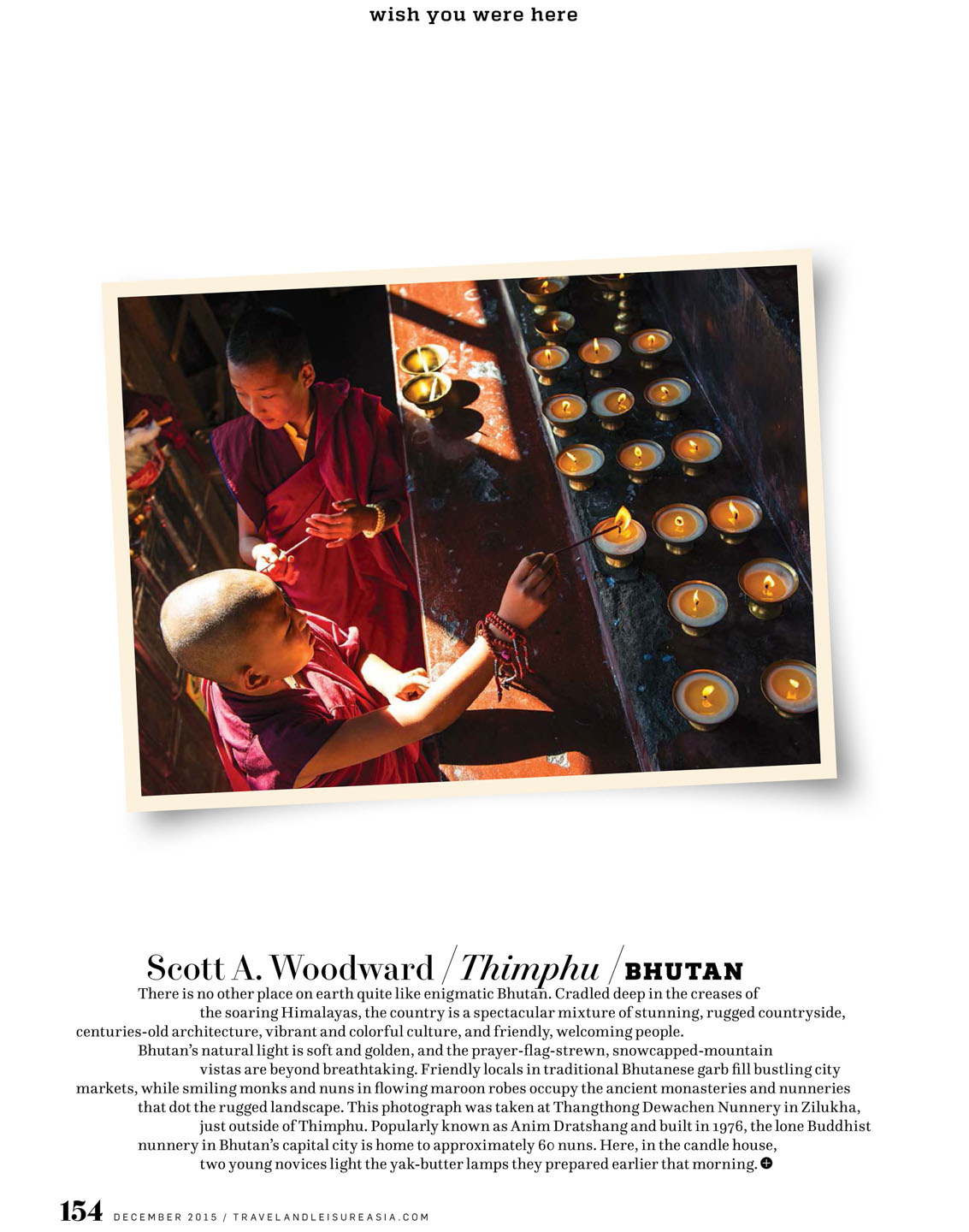