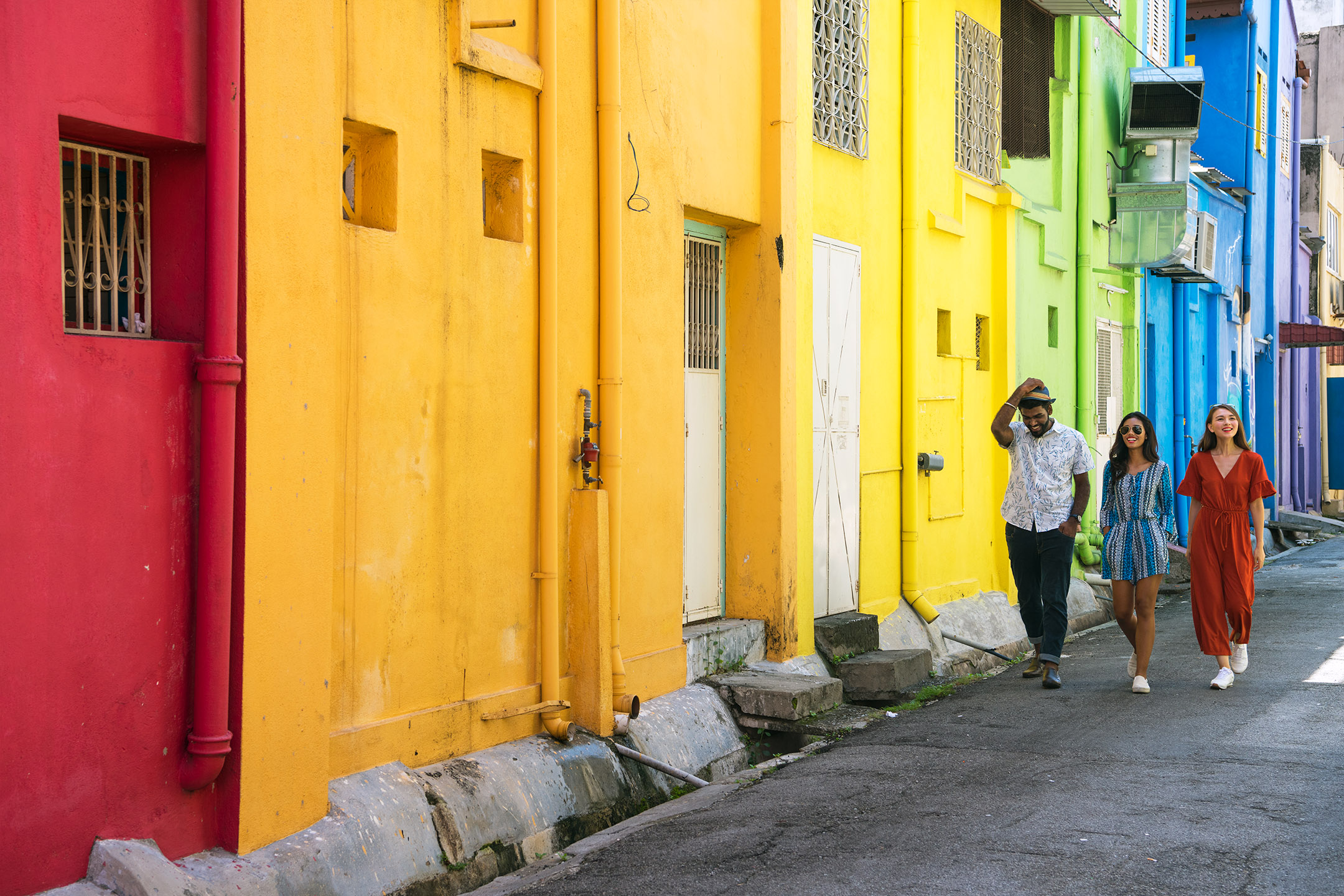 Walk on the Bright Side

Ipoh serves up its old-world gentility
with a generous side of modern comfort,
all laced together in complementary pastel hues
like a city-sized box of macarons.

Early this past June, I traveled for the first time to Ipoh in northern Malaysia on assignment for Cebu Pacific Air’s inflight magazine, Smile.  Joined by editor Tara Sering, writer Jonathan Evans and model Kieko Marsden, our intrepid foursome spent an exceptional few days exploring the capital city of Perak.

Jonathan aptly captures the spirit of Ipoh in the introduction to our July cover feature: “Immaculate streets where red and yellow taxis chug past shophouses of faded white and pink.  Bustling, decades-old kopitiams, or local coffee shops, decorated with turquoise walls and original floor tiles.  Heritage buildings gleaming proudly under the sun, and side streets enlivened by the humorous murals of “Malaysia’s Banksy”, Ernest Zacharevic.  Locals handing out flyers for arcane museums under ‘five-foot way’ porticos that provide much-needed shade from the blazing midday sun.  Such is the instantly seductive spell cast by the old town of Ipoh which, despite being voted Asia’s sixth-best destination by Lonely Planet in 2016, retains the aura of the Malaysian tourist industry’s perennial underdog…[Yet] there are plenty of compelling reasons to travel to this unsung destination.  Ipoh serves up its old-world gentility with a generous side of modern comfort, all laced together in complementary pastel hues like a city-sized box of sugary macarons.”

The city was a photographer’s playground, all charming and technicolour, and I loved making pictures in it’s character-filled streets.  Jonathan continues, “Easygoing Ipoh…has set the bar high for hip gentrification and heritage preservation.  But even before the influx of Instagrammable cafés and trendy hotels, this one-time tin-mining boomtown was full of nostalgic character.”  Over our few days together, our crew discovered “Ipoh’s past and present [are] inextricably intertwined” as this “lovable old city prosper[s] once again.”