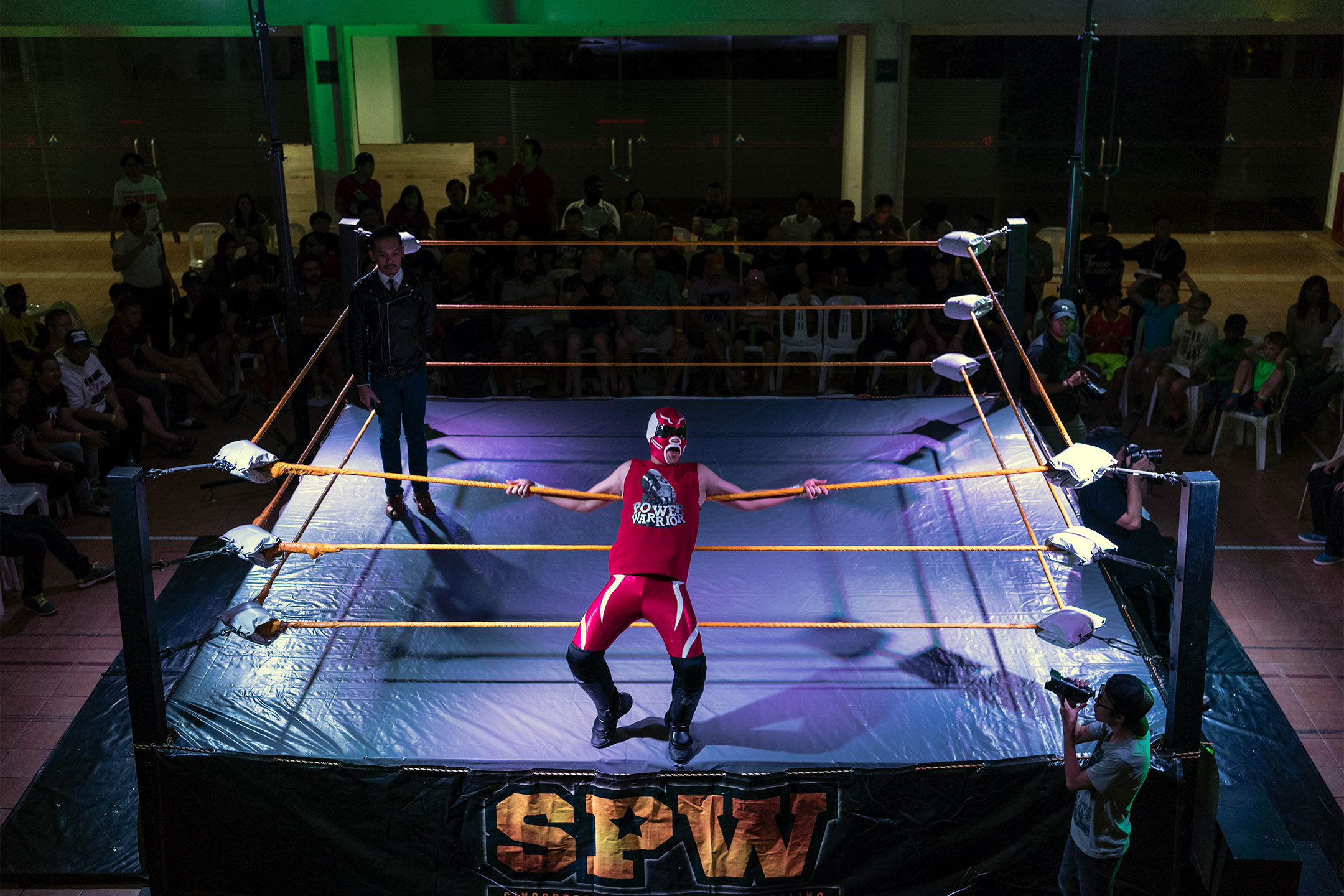 Performing in front of small but enthusiastic crowds at suburban
community centres, the majority of SPW wrestlers are everyday office workers
who transform into flamboyantly costumed cartoon heroes and villains.

Singapore Pro Wrestling (SPW) was founded in 2012 by Russian trainer Vadim Koryagin and shredded Singaporean wrestler Andruew ‘The Statement’ Tang.  Over the past five years, Tang has assembled an enthusiastic group of characters to participate in this lo-fi, scrappy Southeast Asian take on the slickly choreographed, stadium ‘wrestling entertainment’ pioneered in the United States.

Performing in front of crowds of a few hundred fervent fans at small community centres on the city-state’s outskirts, most of SPW’s passionate participants — amateurs in the truest sense of the word — are ordinary Singaporeans who bear little physical resemblance to the stereotype of a professional wrestler.  Instead, they’re everyday office workers of all body shapes and sizes who, strutting into the ring, transform into their theatrical alter egos — flamboyantly costumed, cartoon heroes and villains.

During several months spent documenting training and rehearsals at a cramped industrial estate, witnessing backstage preparations and the scrappy, energetic shows that followed, we discovered what drives these otherwise unassuming individuals, hailing from one of Asia’s most conservative countries, to don lycra and make-up and seek their 15 minutes of fame within the staged (but still, often blood-splattered and bone-shattering) spectacle of Singapore Pro Wrestling.

A small selection of my SPW documentary photography appears in the January 2018 issue of SilkAir’s Silkwinds inflight magazine below.

Browse a larger collection of the photography I made with the men and women of the SPW. 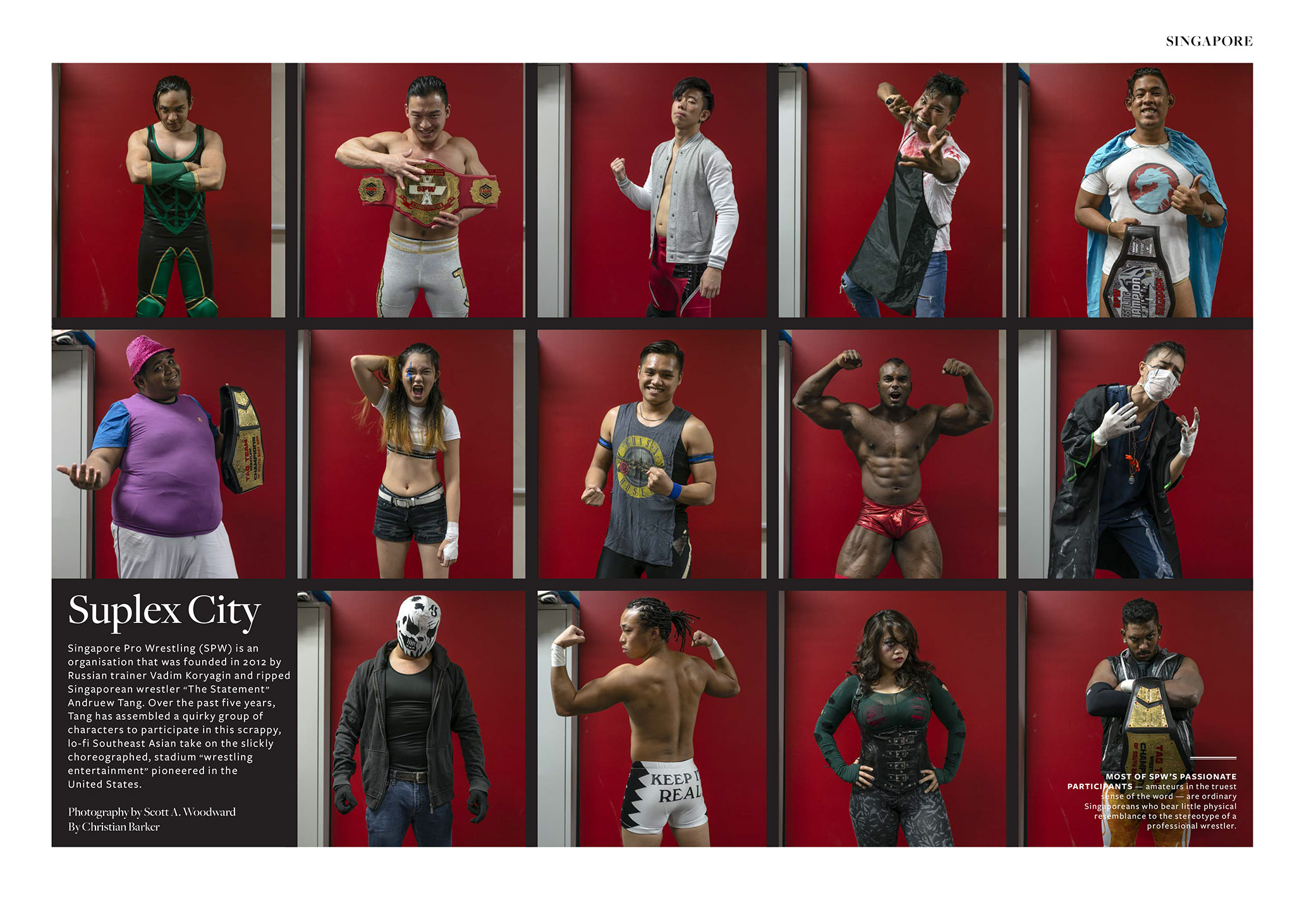 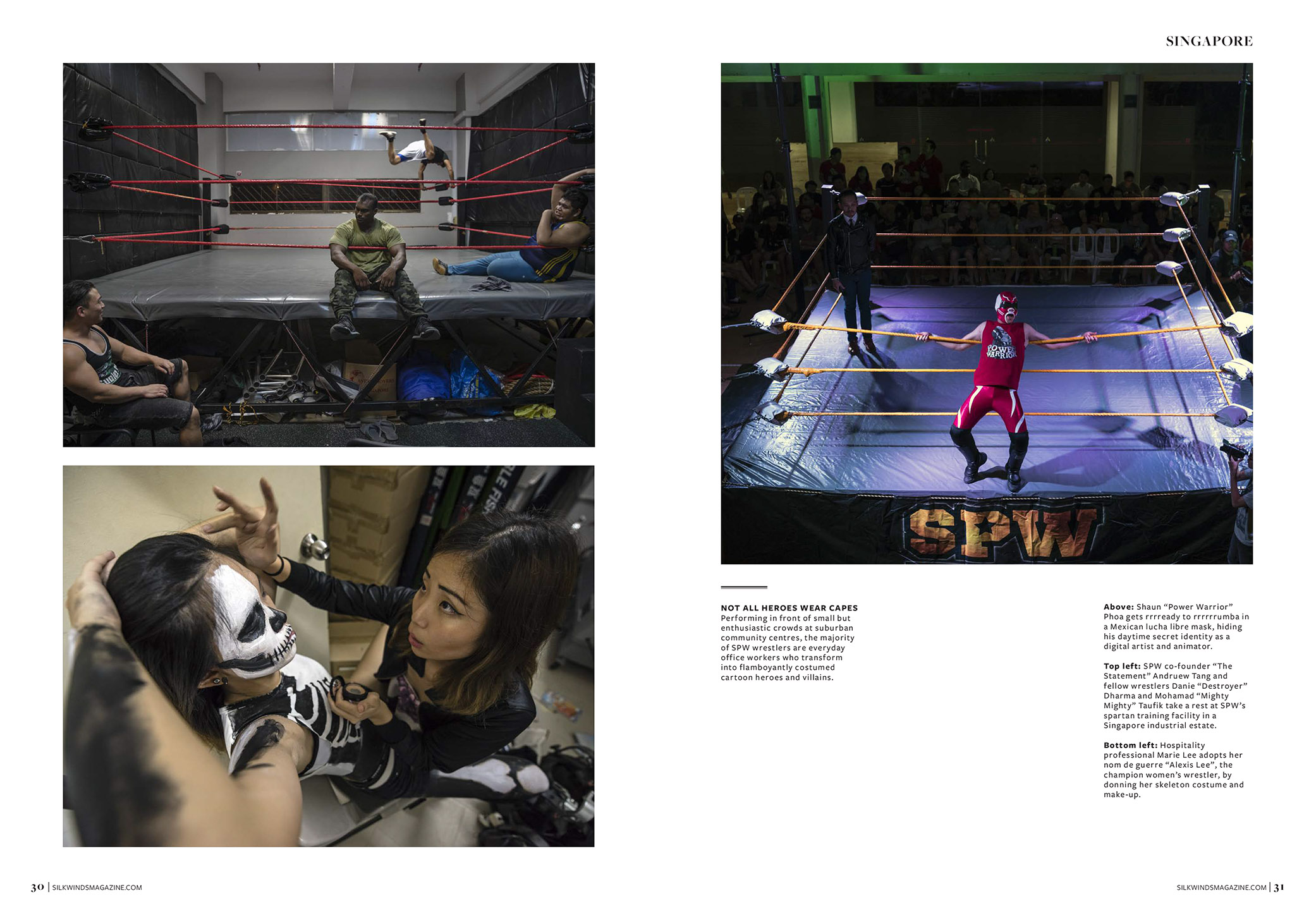 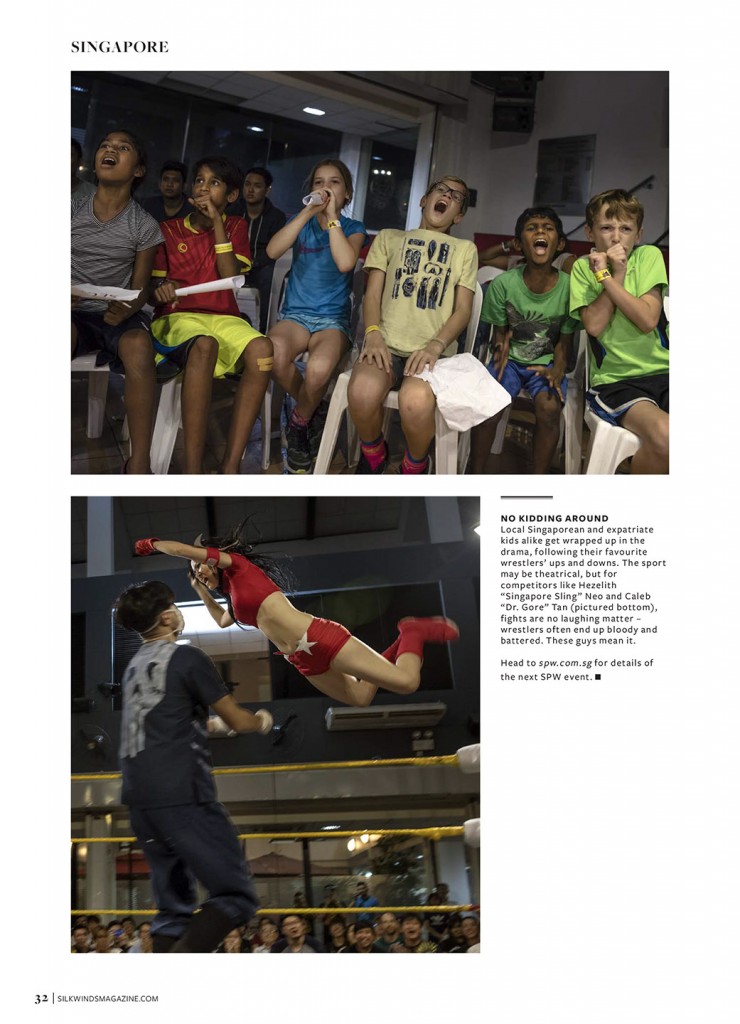