In just half a century, Singapore grew from a colonial backwater to one of Asia’s wealthiest nations.
To mark its Golden Jubilee, we dispatched two of the region’s best photographers
to capture scenes spotlighting the city state’s national hues.

As part of the countless SG50 tributes happening everywhere across the country, I was asked by Bangkok Airways’ inflight magazine, Fah Thai, to participate in a fun creative project alongside Filipino photographer (and fellow Singapore resident) Franz Navarrete.

Our brief was simple, yet compelling: seek out and capture a collection of imagery that tells the story of Singapore through her national colours: red (me) and white (Franz). The result of our collaboration appears in the July/August 2015 issue.

Following are a few short excerpts from the feature, including my personal thoughts on being a photographer based here in the Lion City.

In just half a century, Singapore has grown from a colonial backwater to one of Asia’s wealthiest nations.  To mark its golden jubilee in August, we dispatched two of the region’s best photographers to capture scenes spotlighting the city-state’s national hues.

On Red: “Aren’t the best things in life red?  Wine, meat, Christmas, love, Ducati motorcycles, passion, strength, patriotism (the Canadian flag, like the Singapore flag, is red and white).  As a visual artist I am drawn to things that are striking and, unsurprisingly, the colour red often leaps right out at me. Personally, I find that it’s often just a splash of red within a specific scene that’s necessary to really draw a viewer into my image.  As a photographer, I’m always hoping for those rare times when someone in bright red happens to appear in my frame, creating something unexpected and exciting and totally transforming my photograph.  As these images demonstrate, Singapore is, indeed, a city awash in a sea of red. I love it.”

On Singapore: “From the colourful lanes of Chinatown to the lush jungles of the nature reserves; the gleaming Marina Bay Sands to the historical architecture; and the manicured Botanical Gardens to world-class restaurants and quaint cafés, Singapore is teeming with inspiration. One of the things I love about Singapore is the contrast of old and new.  This is a rapidly growing nation — the city’s landscape seems to morph and evolve in real time — but if you know where to look there are still so many fantastic little enclaves and characters and traditions that hark back to an earlier, simpler time.  I love searching for these.”

Singapore became my home by default, rather than design.  When I moved here many years ago, I was a young man and had no intention of remaining as long as I have; it was to be one of many stops on the journey of life.  But somewhere along the way Singapore got under my skin.  And more than 18 years later, I cannot imagine myself living anywhere else.  Happy 50th birthday, Singapore.  And here’s to many more together. 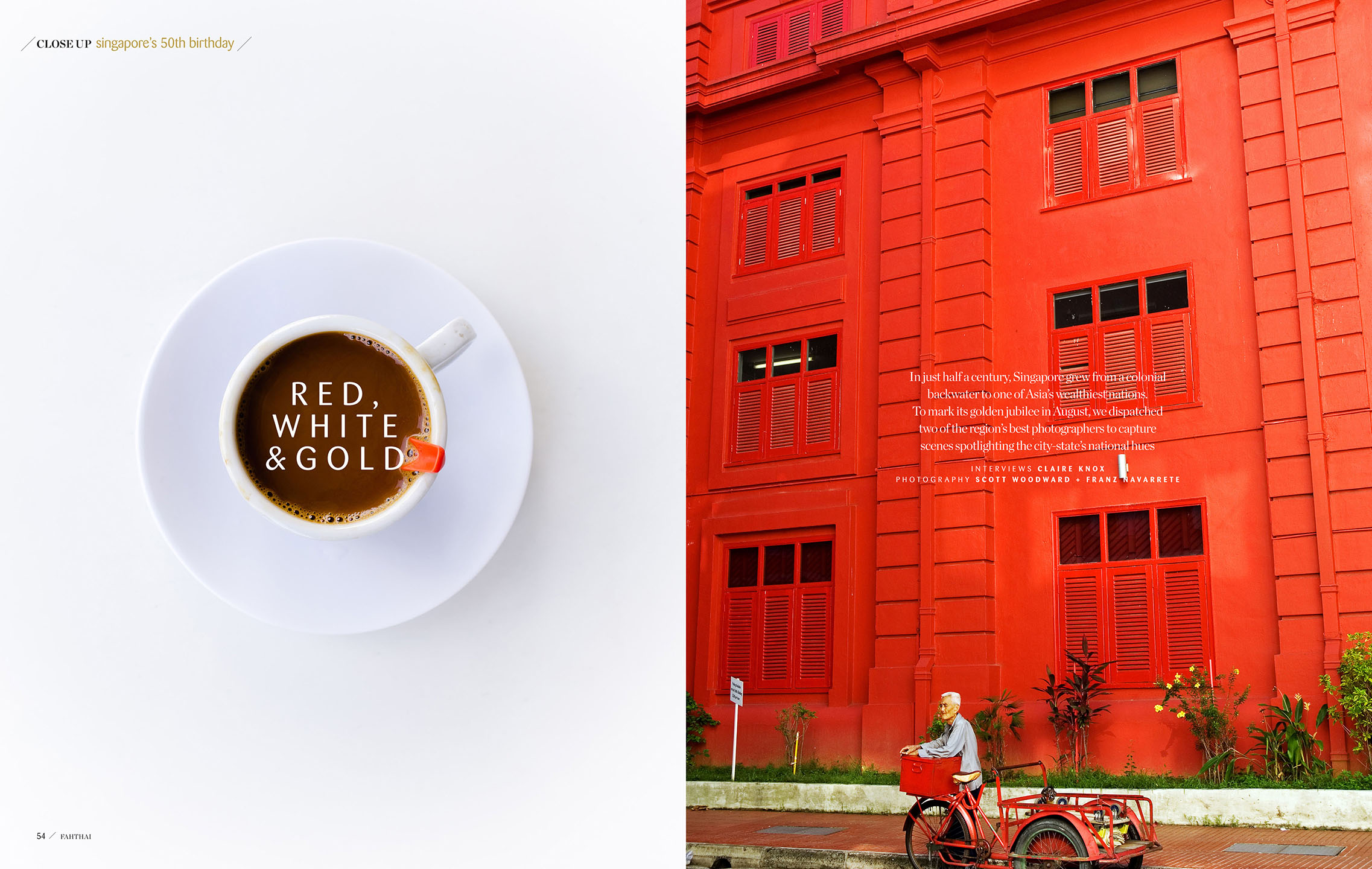 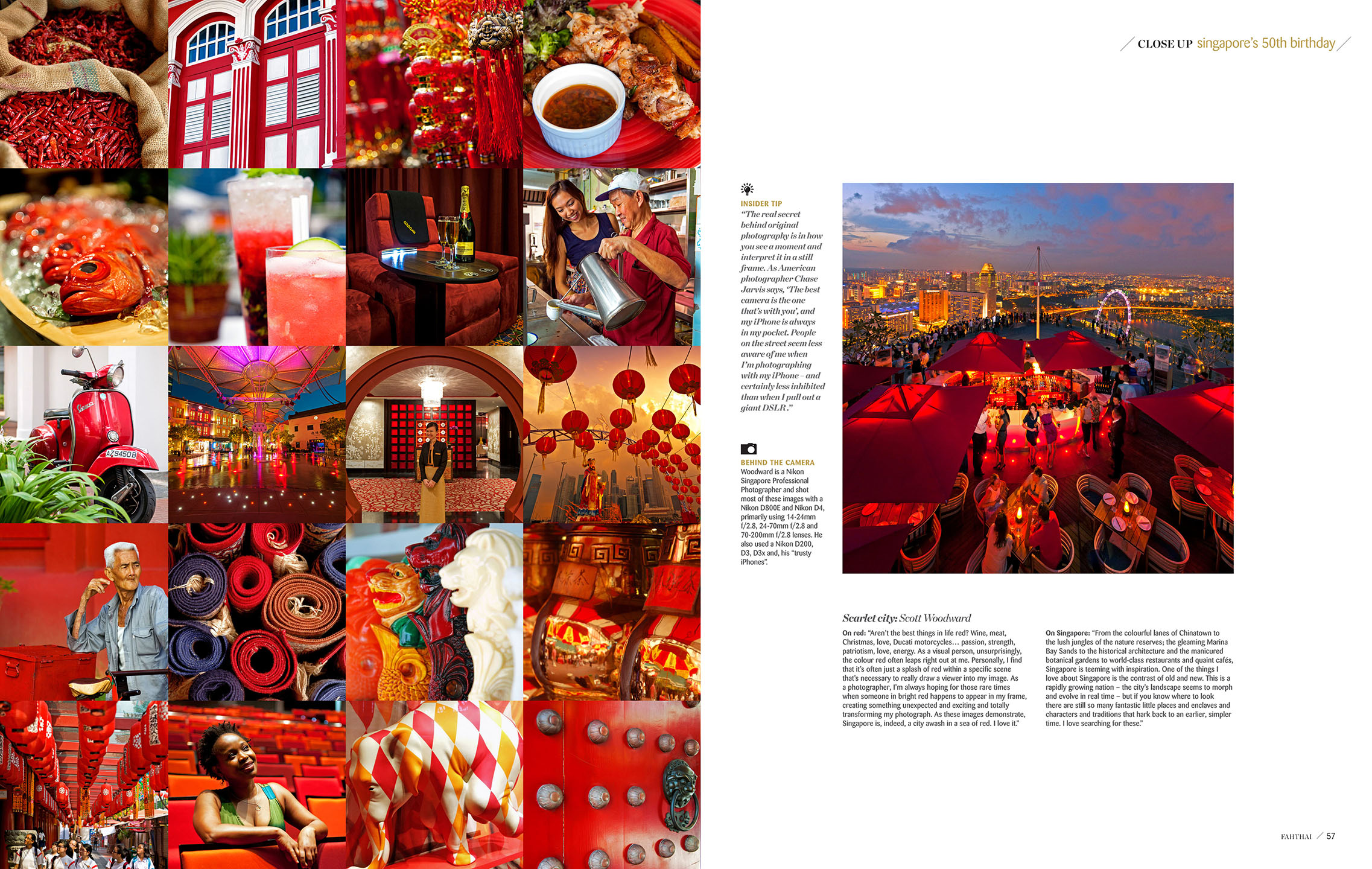 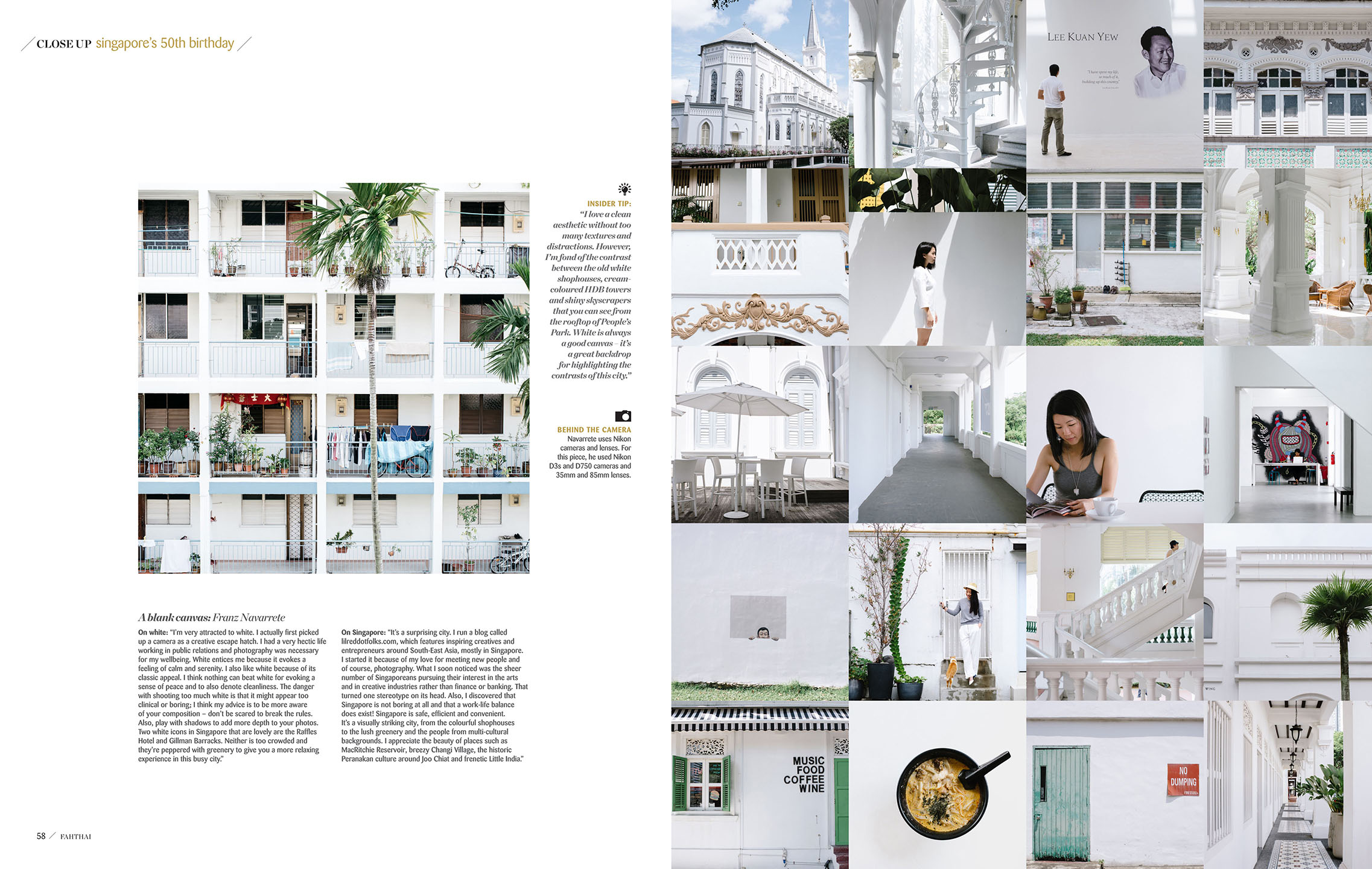 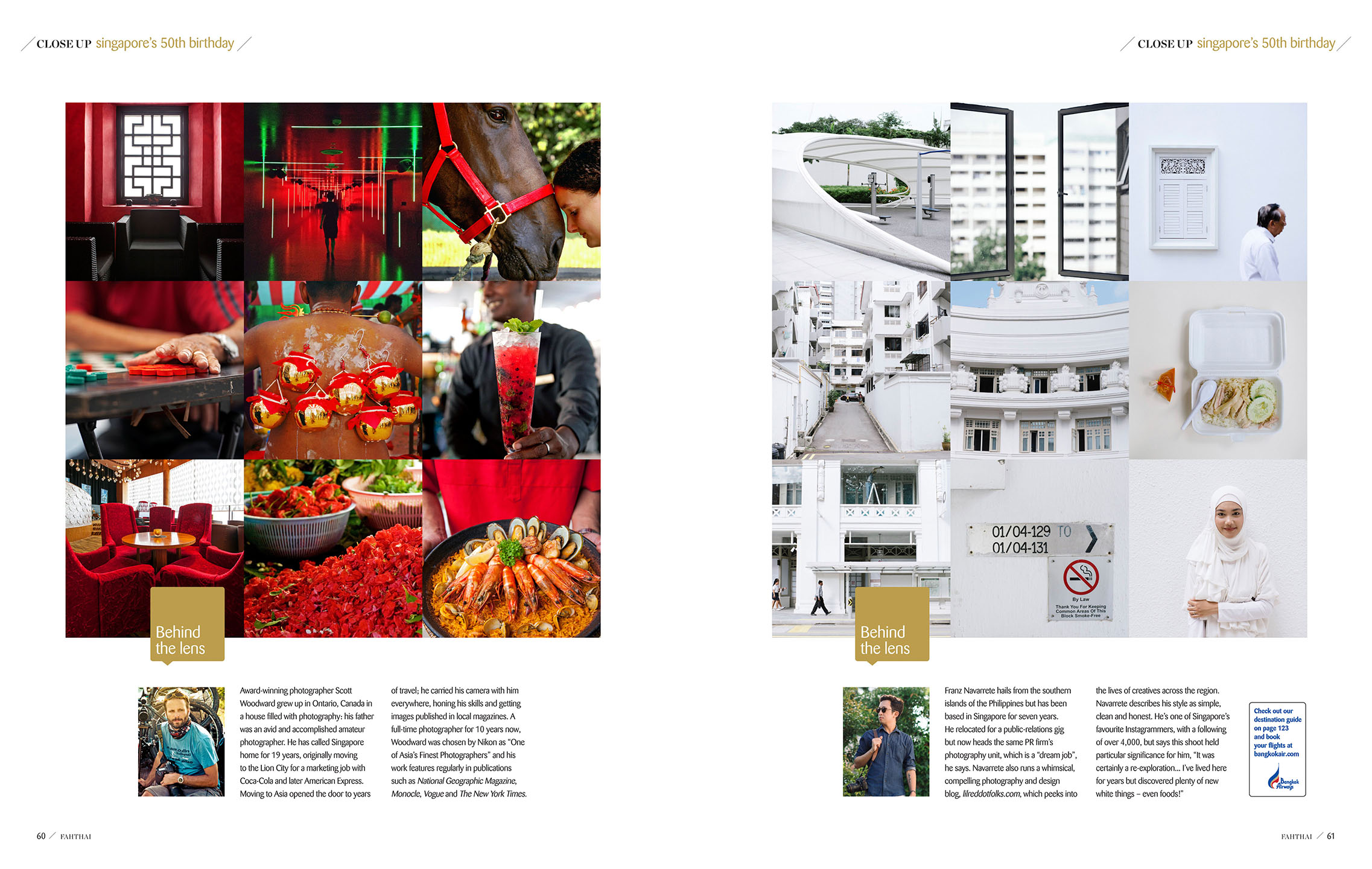 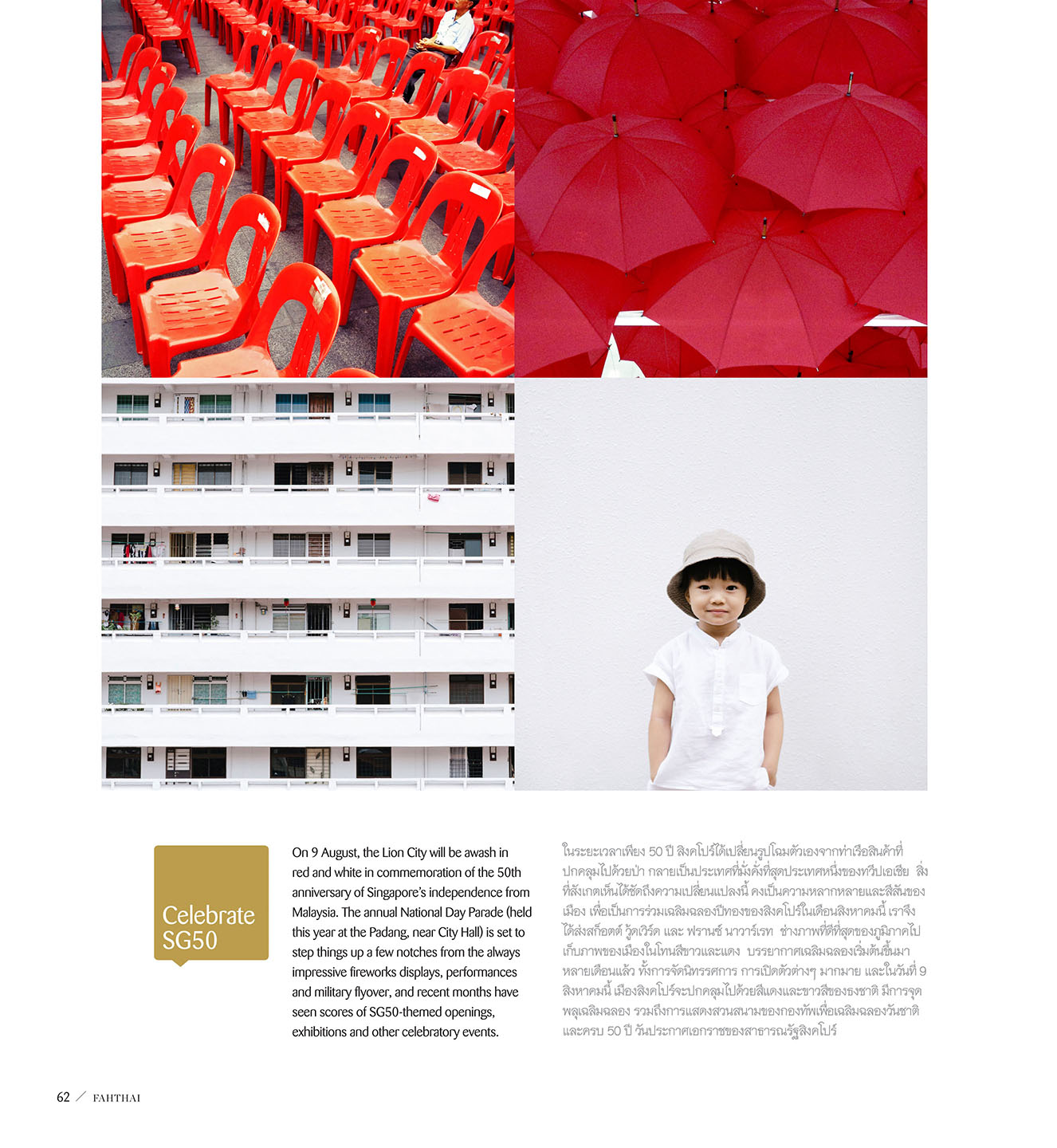 For a little more of my Singapore patriotism, and a (short) stroll down memory lane, read my short tribute to Singapore on her 46th birthday.