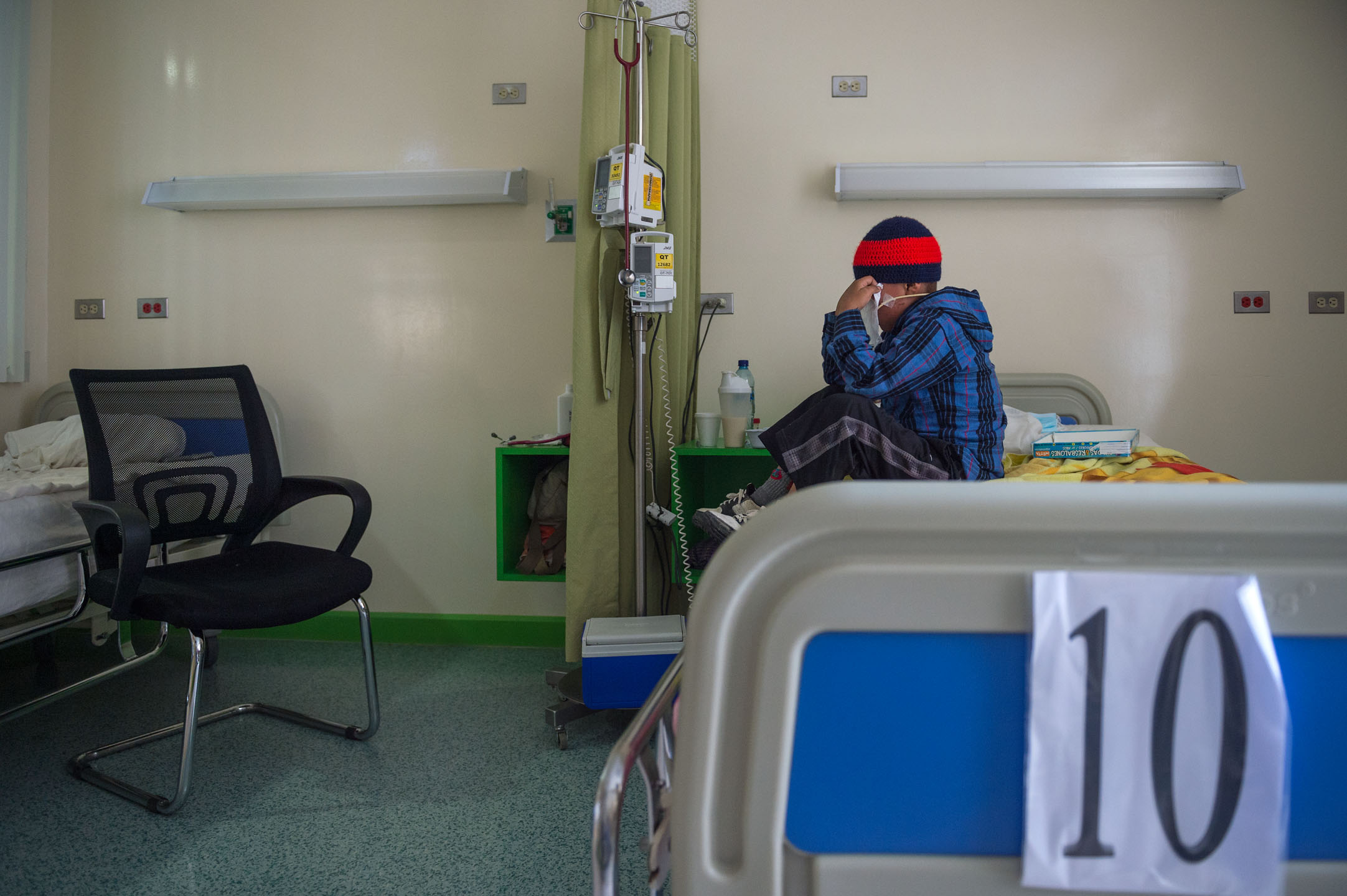 A Young Boy’s Journey Through Cancer in Guatemala

Like too many others around the world, my family has been profoundly touched by cancer.  These personal experiences propelled me to partner with Mike Rogers and Meghan Shea in making ‘How I Live‘, a documentary project that tells the stories of children who live with cancer in resource-limited nations around the world, the relatives who love them, and the doctors and nurses who care for them.

These narratives — set in both large cities and small villages across Guatemala, El Salvador, Myanmar, Egypt (and soon, Ethiopia) — are all unique, yet bound by the common thread of cancer.

During the many weeks I have spent with my camera in the children’s hospitals, oncology clinics, chemotherapy rooms and family homes, I witnessed their indomitable spirit and unconditional love; it is these defining characteristics that, I believe, will ultimately defeat cancer.

‘How I Live’ is a personal tribute not just to these dignified families struggling against an indiscriminate disease, but also to my own family whom I have lost to cancer and to my loved ones who will continue to fight.

Last week The Washington Post published a small collection of my reportage on their dedicated visual narrative platform, In Sight.  This photography specifically focused on Heber Menchu Tamayac, an 8-year-old boy from Guatemala who is battling T Cell Lymphoblastic Leukemia. 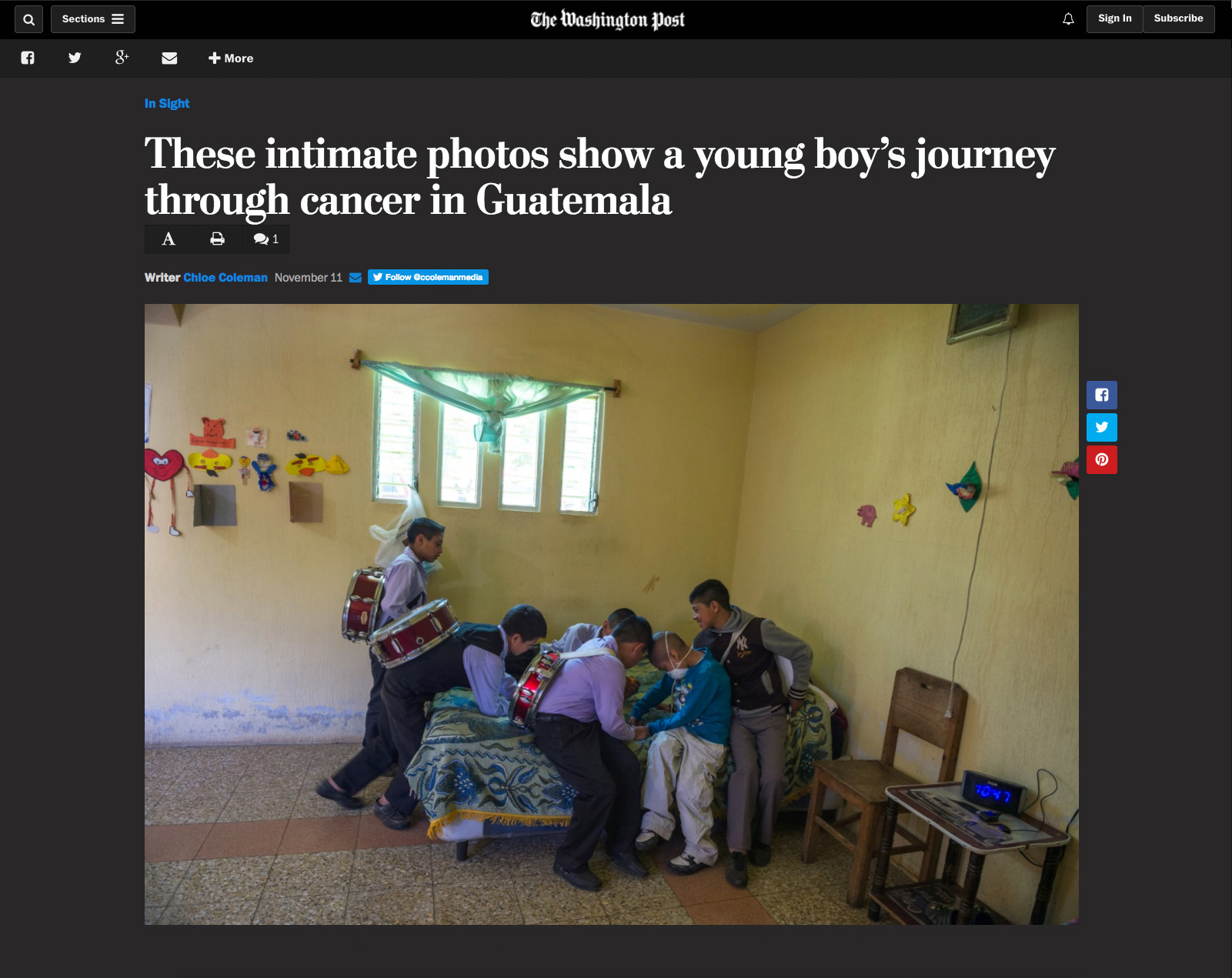 As part of the documentary film project, ‘How I Live‘, photographer Scott Woodward has been looking into children’s cancer in resource-limited countries.  “The treatment of childhood cancer in the developed world is largely viewed as a success story, with survival rates as high as 80%.  By contrast, in Low and Middle Income Countries (LMICs), the child cancer survival rate averages just 20%.”  Currently, the project focuses on Guatemala, El Salvador, Egypt, Myanmar and Ethiopia, and is meant to show “stories of children from diverse locations, socio-economic backgrounds and cultures unified by an experience of cancer.”

Through ‘How I Live’, Woodward met Heber Menchu Tamayac, an 8-year-old boy living in San Cristobal, Totonicapan, Guatemala, who was diagnosed with T Cell Lymphoblastic Leukemia.  Woodward forged a friendship with Heber after meeting him in the hospital.  Heber’s journey to receive treatment involved three rural buses, one taxi and borrowed vehicles from neighbors or family members and cost approximately 350 Guatemalan quetzals (USD$46) and six to eight hours of travel each way that had to be made every four weeks.

Photographing him in his village, Woodward was witness to some of Heber’s difficult moments as he readjusted to being home, including Heber’s discomfort around his friends.  “Before being diagnosed, Heber was in the local church band — but since his treatment he had not been able to participate.  Embarrassed by his hair and his feeding tube, Heber became emotional and locked himself in a room and declined to rejoin his friends, despite their encouragement.”  When the film crew asked Heber what he would say to cancer if he could speak to it, he responded, “I don’t want to see leukemia ever again.”

The organization that is responsible for his treatment was Fundación AYUVI.  AYUVI are the founders of UNOP (Unidad De Oncologia Pediatrica) hospital in Guatemala City and the powerful force behind raising the survival rates for children with cancer in Guatemala.  The organization that has been advising ‘How I Live’ and introducing the individuals and hospitals in the countries visited is The Global Health Initiative at Dana-Farber/Boston Children’s.