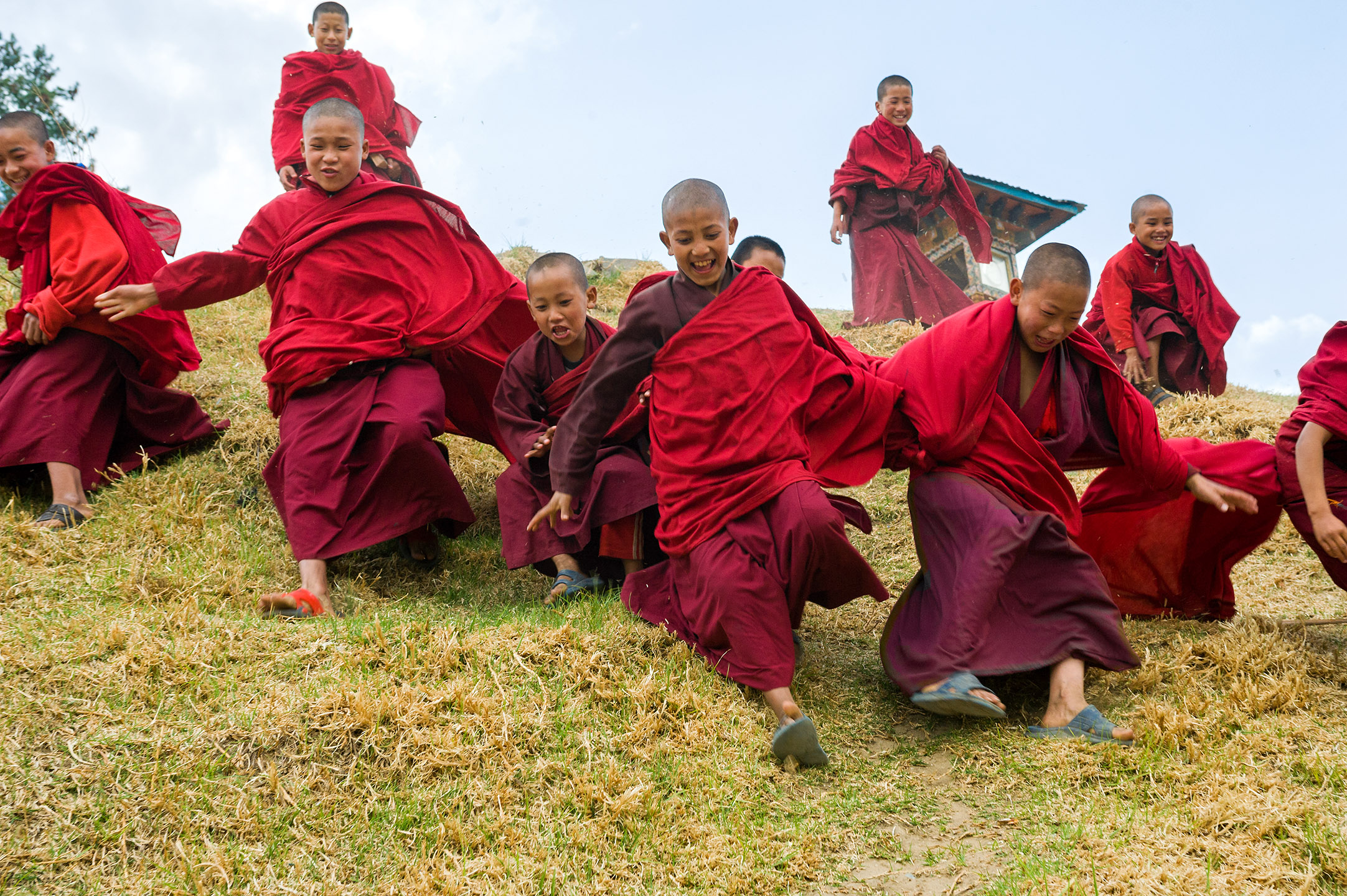 The theme of this seventh edition of the World Report Award was
‘Fertile Solidarity’, where “the spirit of togetherness is realized through
actions which bring about and support the progress of our entire society”.

The 8th annual edition of Il Festival della Fotografia Etica (The Festival of Ethical Photography) returns to Lodi, Italy this October.  Dedicated to the ability of a still image to convey a powerful message — particularly at a time when it is estimated that 1 trillion photographs are made every day — the festival strives to promote photography as a tool to gain a deeper understanding of our world while investigating the relationship between ethics, communication and photography through international exhibitors, workshops, portfolio reviews, video projections and more.

This year, the festival has for the first time introduced a new award category: the Single Shot.  This award challenged photographers to capture and illustrate the theme of “Fertile Solidarity” in a single photograph.  As the festival curators explain, “The theme for this new Single Shot section aims to be a hymn to solidarity that generates future progress.  The spirit of togetherness is realized through actions which bring about and support the progress of our entire society.  We perceive solidarity as an act of growth that stimulates, builds and inspires change.  We selected images that represent this perspective in a creative way: this could be from the many activities carried out by humanitarian associations, to personal relationships among people, from treatment and pain relief to the sense of belonging to the great world community.”

772 photographers from 51 countries and five continents submitted their photography to the festival for consideration.  A panel of esteemed international judges narrowed this down to 30 finalists, and my photograph of hungry novice monks careening down a steep hill on their way to dinner at the Dechen Phodrang monastic school in Thimphu, Bhutan — which was first published in National Geographic Magazine — was one of the images shortlisted for the World Report Single Shot Award 2017.

Last week the 1st, 2nd and 3rd prize winners were announced and the outstanding reportage of Alberto Campi, Peter Bauzer and Alessandro Rota (below) was honoured by the festival.  The photographs made by these three prize winners — together with those of the other 27 finalists (myself included) — will be exhibited in Lodi during the 2017 edition of the Il Festival della Fotografia Etica from October 7-29, 2017. 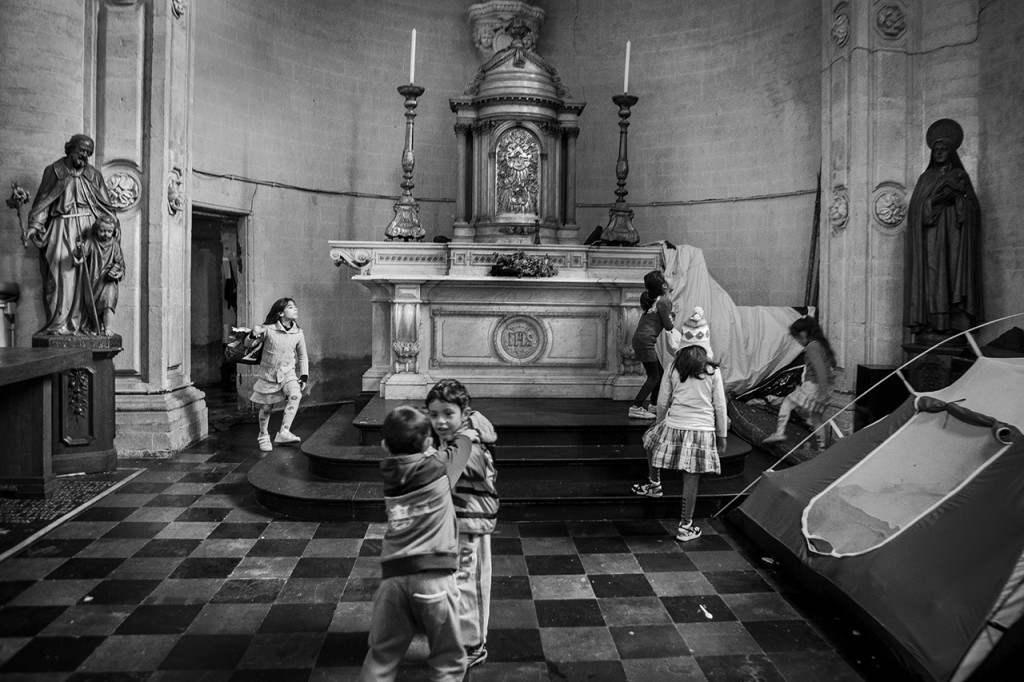 1st Prize – Alberto Campi
Afghan refugee children play in the apse of Saint J. B. au Béguinage Church in Brussels where they have been living for several weeks. 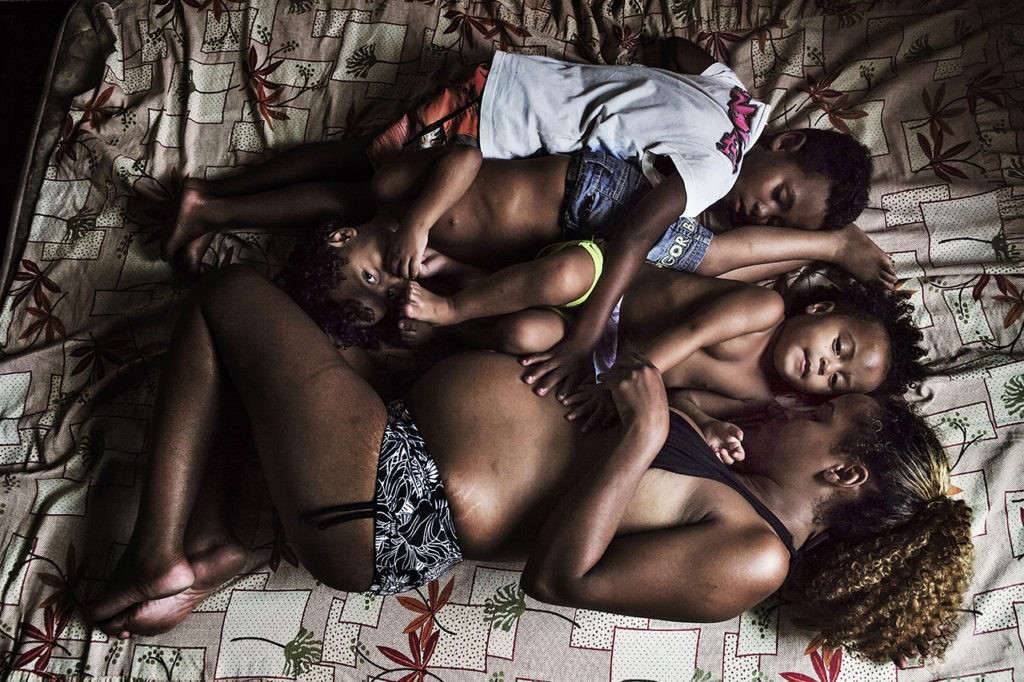 2nd Prize – Peter Bauza
Edilane and some of her kids are resting on a mattress, pregnant with a boy. This work is part of a 14 months long-term project, Copacabana Palace, about the “Sem Tetos“, while Brazil spent billions in Panamerican Games, World Cup and Olympics. 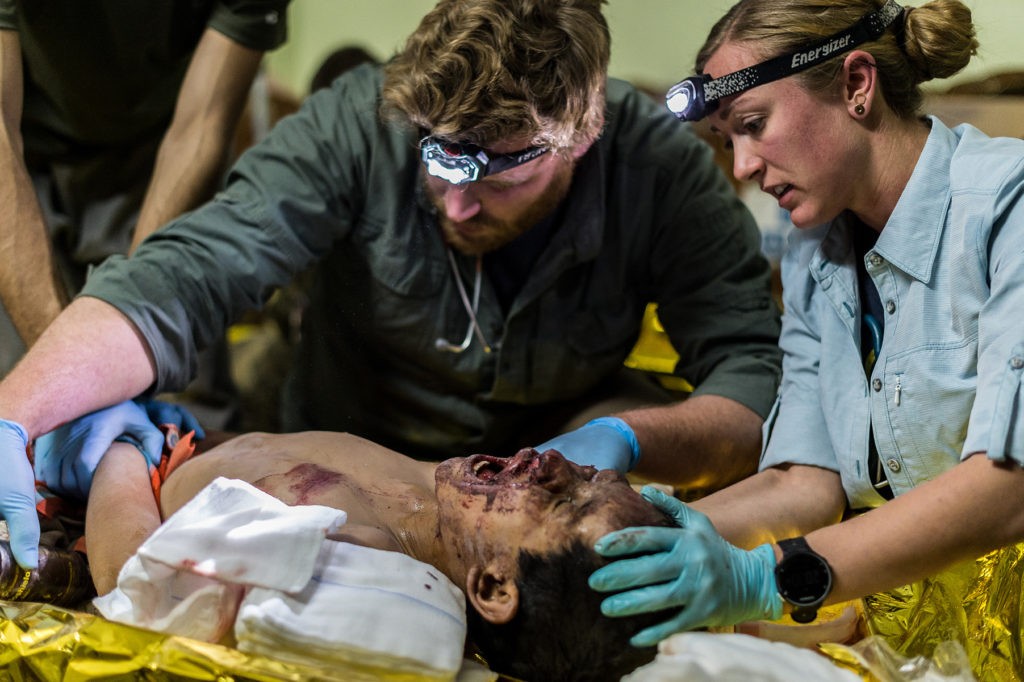 3rd Prize – Alessandro Rota
Pete Reed (27, USA) and Alex Kay Potter (28, USA) of international medical NGO Global Response Management treat a child hit by an airstrike from coalition forces in the fight against ISIS fighters in Mosul, Iraq.  Both his parents were killed, two of his brothers were injured, in the explosion.