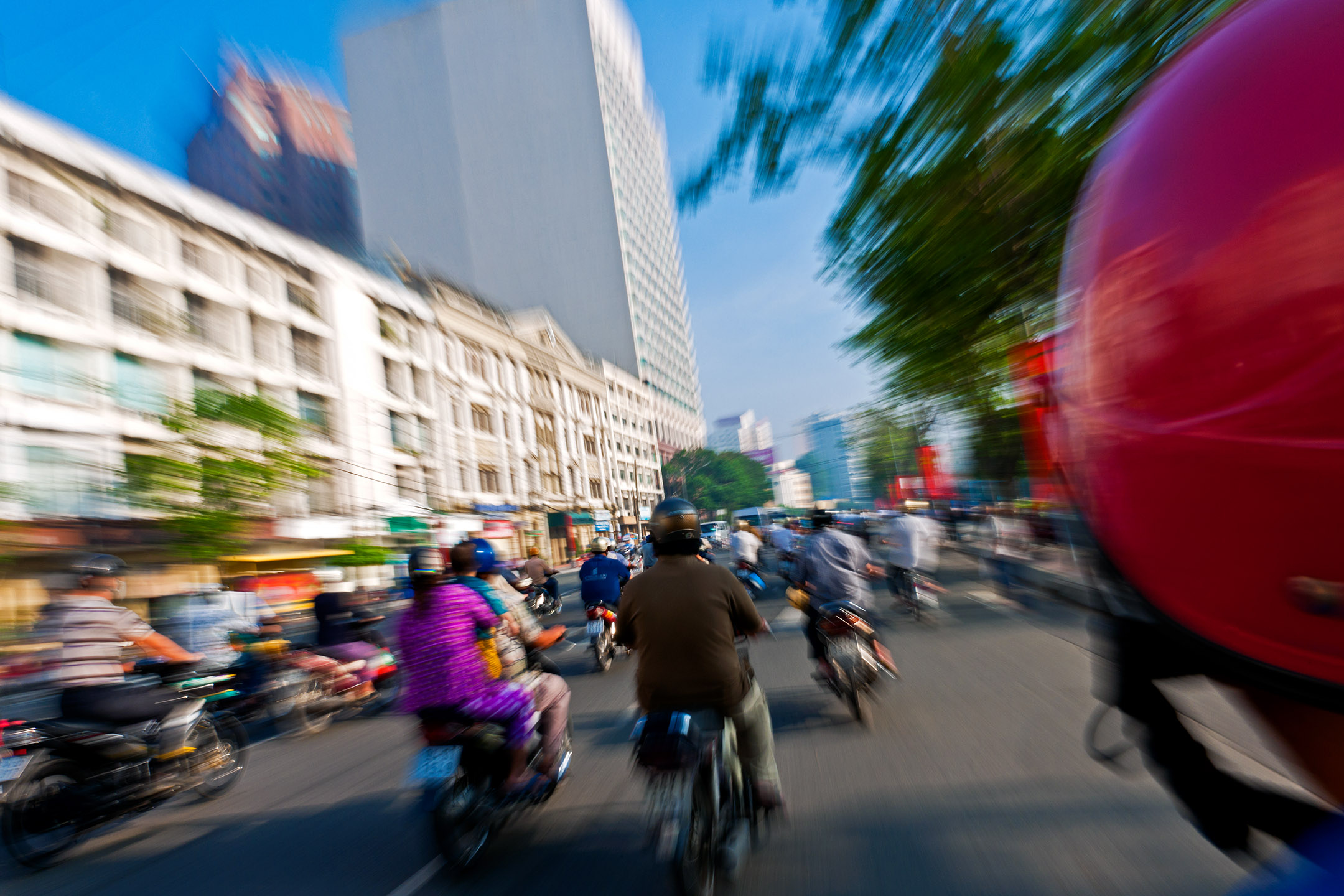 How To Take This Shot

Rev things up a notch by zooming in and out of the action,
says professional photographer, Scott Woodward 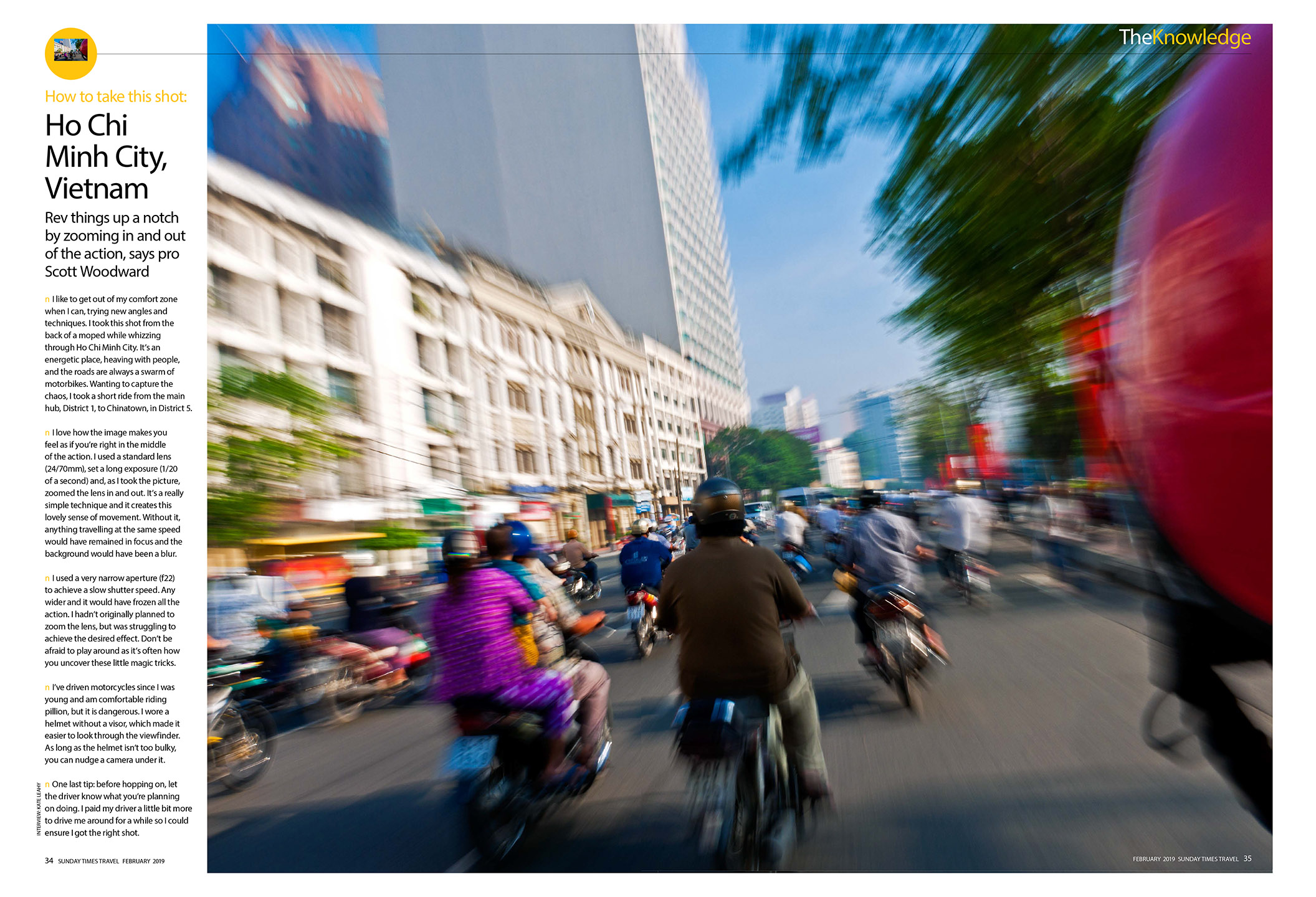 Every month, The Sunday Times Travel Magazine features a different professional photographer who offers some background and insight into how they made one of their more interesting or technically-challenging pictures.  Recently, one of the Times’ editors contacted me about my image captured from the back of a scooter speeding through the streets of Ho Chi Minh City, Vietnam — and the following are highlights of the interview that I gave for their February 2019 ‘How To Take The Shot’.