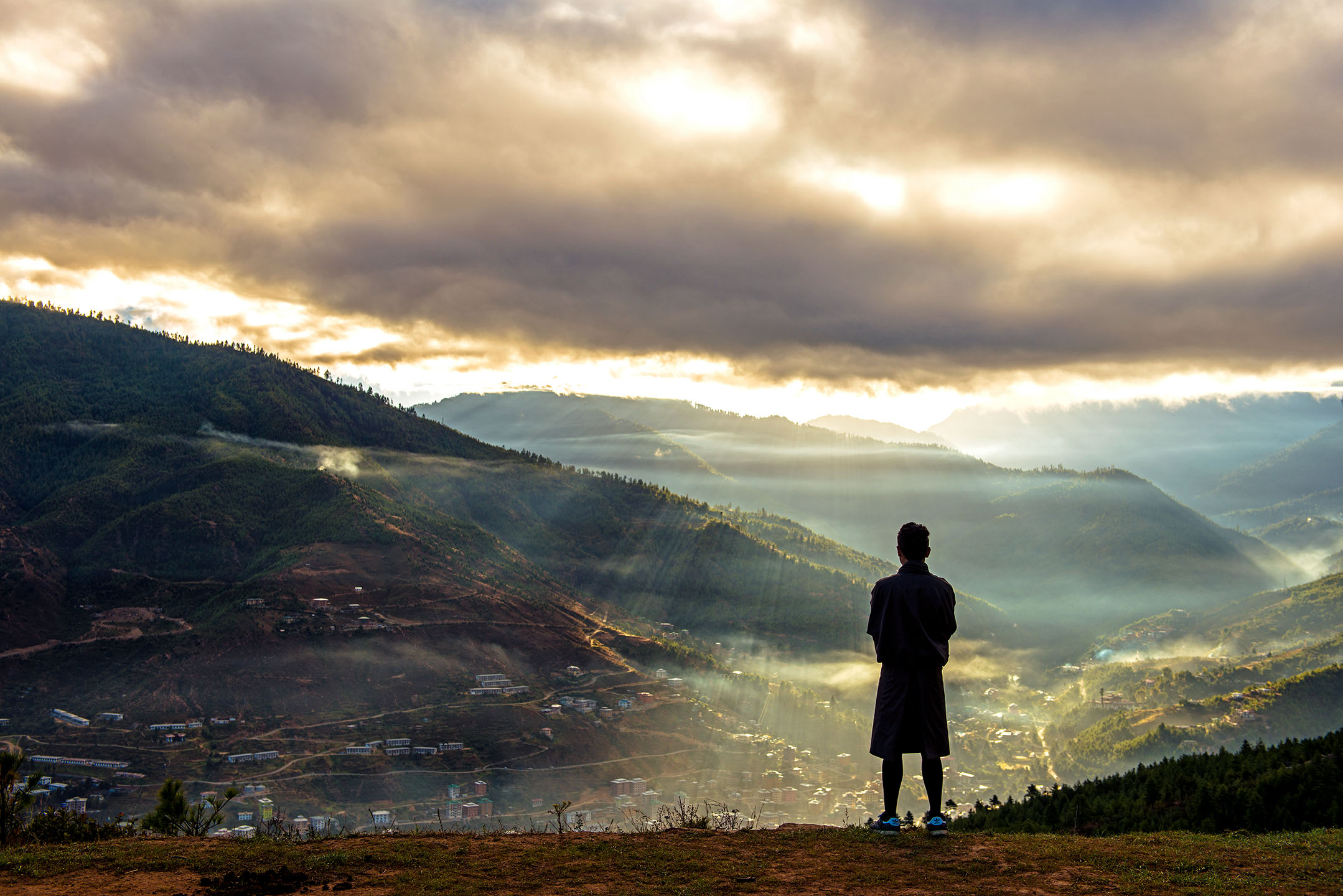 Tourism in Bhutan is different from anywhere else in the world.
Bhutan is not a vacation destination. It’s more of an emotional journey.

I have been fortunate enough to visit and document enigmatic Bhutan a number of times over the past decade, and it is undoubtedly the most inspiring destination I have ever photographed.  My imagery from Bhutan has been featured in National Geographic Magazine, The New York Times, GEO Magazine and Travel + Leisure, among many other publications.  I photographed an international Nikon advertising campaign in the remote Buddhist Kingdom, and my Bhutan reportage was recently exhibited at Il Festival della Fotografia Etica.  I have also been honoured by the prestigious Luerzer’s Archive as one of the “200 Best Advertising Photographers Worldwide” for commercial work I created in the Land of the Thunder Dragon.  And late last year, I led a custom photography workshop to beautiful Bhutan for a small group of photography enthusiasts from around the world.

So when the Editor in Chief of Travel + Leisure Southeast Asia contacted me seeking imagery to illustrate author Tony Perrottet’s story about Bhutan — which was originally published in the U.S. edition of Travel + Leisure Magazine earlier this year — I was only too happy to share some of my Bhutan photography.

The result is ‘High Spirits’, an engaging 10-page narrative in the April 2018 issue of T+L SEA, in which Tony chronicles his recent visit to Bhutan and his desire to “slip through the cracks” in an effort to see the mythical red yeti skin he once read about in a Reinhold Messner book.  As Tony explains, “Happiness means different things to different people, and for me, happiness means doing different things than other people.”

However, during his quest to steal a peek at the fabled abominable snowman relic, and through the experiences he had and the people he encountered along his journey — including sharing tea with a family of farmers, chatting about the Olympics with a group of amateur archers and drinking rice alcohol alongside “fresh-faced yak herders” in a pop-up nightclub — Tony caught “fleeting glimpses into other worlds” and “began to appreciate for the first time the depth of traditional lore in Bhutan”.

As Dhamey Tenzing Norgay, son of the famous sherpa Tenzing Norgay (who in 1953 helped lead Edmund Hillary to the summit of Mount Everest) sagely shared with Tony, “Tourism in Bhutan is different from anywhere else in the world.  Bhutan is not a vacation destination.  It’s more of an emotional journey.”

Newer Post Head On Photo Festival Older Post How Do You Know When You’ve Got the Best Shot?